The Gaylord Box: Everything You Need to Know You’ve probably seen them at your local Goodwill or grocery store full of used clothing or fresh whole watermelons. Today, the Gaylord box is a well-known container that’s used in a variety of industries. Spacious and lightweight, these boxes are perfect for large quantities of produce, recycled materials, books and other bargain products. They’re sturdy enough to ship products across the country, and they’re relatively inexpensive compared to other packaging materials. Learn about the history of Gaylord boxes and why they’re still used today.

The Origins of the Gaylord Box

The word “gaylord” comes from the Old French word gaillard, which meant joyful or high-spirited. The term evolved into a family name of Norman French origin. Since then, there have been many esteemed individuals with the surname Gaylord, including politicians, journalists and artisans. Marvin Pomerantz and Warren Hayford created the Gaylord Container Company in the 1980s after merging their companies together. At the time, the paper industry was falling on hard times. The price of paper fell dramatically, and mills were operating at 90 percent capacity. Pomerantz and Hayford used aggressive buying tactics to take control of the paper industry, buying up mills and plants at reduced prices.

But this buying spree eventually landed the company in hot water. Saddled with large sums of debt, the company was desperate to do everything it could to reduce overhead and prevent bankruptcy. One of the ways it saved money was introducing the corrugated box, made with alternating ridges and grooves. The term “gaylord” eventually took on a new meaning, referring to shipping containers with corrugated materials used to transport bulk materials.

This new mindset helped the company reduce the amount of materials needed to make boxes and the amount of materials that would need to be recycled. This idea of reduce, reuse, recycle influenced other businesses to do the same. Suddenly, saving the environment and reducing waste became a practical business strategy, leading to a trend of environmental consciousness that continues to this day. 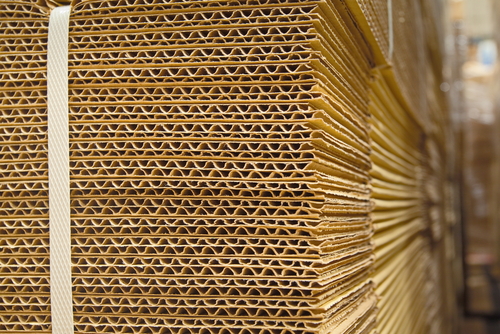 Characteristics of a Gaylord Box

What is a Gaylord box? Using the word “Gaylord” to describe a box might sound odd. The Gaylord box is a one-time-use bulk box that’s used to transport a wide range of materials. They’re made with corrugated cardboard that’s stiff, sturdy and lightweight, making these containers easy to transport. The corrugated cardboard is made with three layers of paper. One layer is crimped and glued to the others to create the ribbed or corrugated pattern. They’re tear-resistant, which means you don’t have to worry about the box bursting at the seams or splitting down the side.

Gaylord boxes are much cheaper than most shipping containers, but you can only use them once. They go by many different names. You might see them listed as bulk boxes, pallet boxes, bulk bins or tote bins, but they all refer to the same thing: the Gaylord box. 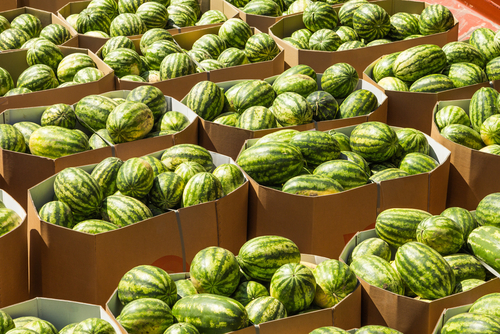 Gaylord boxes don’t have the wherewithal to transport extremely bulk materials, but they’re strong enough to handle a wide range of items. They’re commonly used to move large quantities of produce, books, clothing and other items. It’s not uncommon to see Gaylords being used to transport cheap or used items. You might see them at a thrift store or bargain sale. If someone wants to sell something quickly, they can grab a Gaylord pallet and use it as an easy way of putting their products on display. Shoppers can root through the bin until they find something they want to buy.

These boxes are also commonly used to transport recycled materials such as scraps of paper, pieces of metal, scrap foam, wood or used electronics and mechanical parts. If a facility recycles its packaging materials or used products, it might use a Gaylord box to move these items around the warehouse. They’re large enough that employees can quickly dump or toss in unwanted items, making them perfect for cleanup crews and recycling plants.

The term “Gaylord” has come a long way since the Gaylord Container Company coined it in the 1980s. It’s become a commonly used term to describe pretty much any type of bulk container made from corrugated cardboard. You can use them to quickly collect recycled materials, transport dry goods or create a giant trash can. The next time someone asks you how these boxes got their name, pass along this information and share the history of the Gaylord box.